The Manhole is the first video to be produced in the Bilekahalli Tales series. The Manhole is a short feature about a specific civic issue (a hazardous manhole) affecting the busy Bilekahalli main road, off Bannerghatta road, Bangalore city.

The Bilekahalli Tales has been conceptualized as a series of short-films in the genre of community journalism that’ll address issues of Bilekahalli and surrounding colonies of South Bangalore. If you have any story ideas or issues that could be addressed through Bilekahalli Tales, then do write to me via the contact form, and do join the Facebook group created for the Bilekahalli Tales series. Also, the success of community journalism lies in participation. Hence, do share the link to this video with your friends, and in the process hopefully the video reaches the concerned authorities who could solve the issue.

I have shot The Manhole using a Nexus 4 Android Phone camera. The post production has been performed by me on Pinnacle Studio Ultimate 16 video editing software.  In one of  my previous posts, I had written about Nexus 4’s Photo Sphere (360 degree panorama photography) as a tool for Visual Story-telling. While shooting this video, I made several Photo Spheres of the location containing the Hazardous manhole, hoping that the 360 degree view of the site could convey the issue to a viewer the way I saw it. I have shared below two such photo spheres. You may notice that moving objects (people and vehicles in motion) at various points in the image appear ghostly. This is because the panorama is effectively stitched image of individual photographs taken at different instances of time. So, in the process of shooting the Photo Sphere, the vehicles kept moving and some consecutive or overlapping frames got vehicles out of sync. Do play around with the Photo Spheres and please let me know how it conveys the location to you.

Photographer | Visual Storyteller at www.nishantratnakar.com
Nishant is a Bangalore, India based Wedding, Portrait & Editorial Photographer. He is available for assignments across India. He also conducts photography workshops and offers personal photography mentorship. 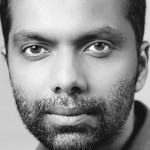